See that beautiful Crochet work Stitch. This model is very perfect. this Crochet Swan Stitch is a delicate model worked in white colors and stayed just as we are observing. this swan of Crochet is with points very easy to make according to the Graph Easy we can make using these material below the model the step by step of that work in knitted swan patterns that is very simple to finish this model according to the Graph Crochet that we can do. see how fancy these models are. this work in crochet of swan has until some pearls to give an extra charm in the work of crochet of swan. a charm this model that always gives opportunity to demonstrate some works with Graphs always available to mount a beautiful work for a Decoration the Swan Crochet Patterns will always be well seen by friends and always performed by those who play this different Crochet styles, work that we can demonstrate here in these varied models of Yarn. the swan always reveals some opportunity to restart by making a few different models up to a table rail decoration. I already saw it, it looks very beautiful too. I have always liked a lot of Crochet Swan and was very happy to demonstrate some models that will be very useful here to be performing a step by step without difficulty friends. see below the graph, Crochet row counter that shows this beautiful work. 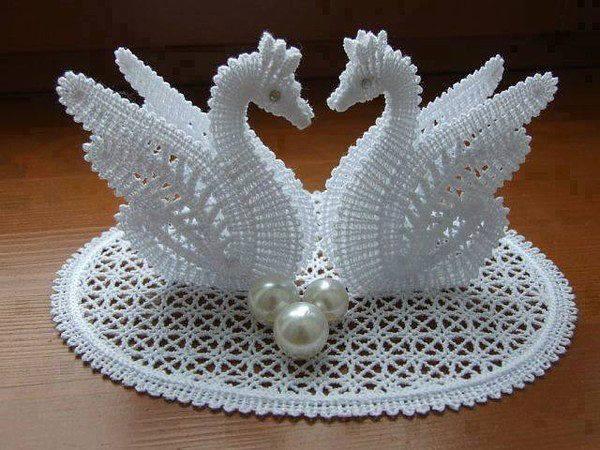 watch the step by step. have the measurements for you to make your swan in a simple way. with graphic available and easy to learn step by step crocheting. see some tips to finish this crocheting job for decoration. 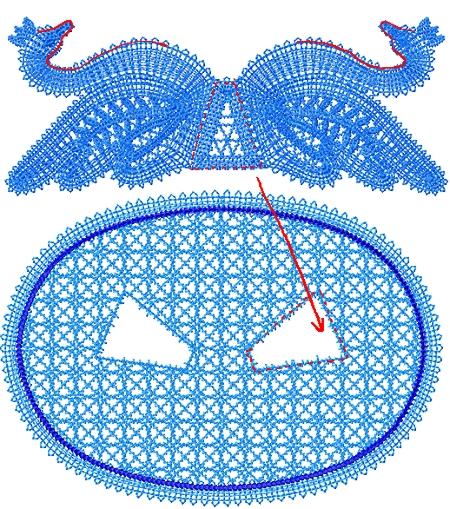 We will begin to swan his body. We make the front row - two air loops, six bars with a crochet in the second loop of the hook. The second line will be such - 6 additions to the same figure (12). We immediately move to the third row - there will be a column without Crochet Stitch, an increase) * 6 (18). The fourth line is to link two columns without Crochet, by adding * 6 (24). Line number five will look like this: three bars per year, an increase of * 6 (30). We make the sixth row - four columns b / n, increase * 6 loops (36). In the seventh line there will be 5 sb, an increase of * 6 (42). And when you make the eighth to line 15 - make the bars without the Crochet in a circle.

In addition, we continue to knit the neck of a bird, which, moreover, must be connected without detachment of the body. Use 8 of 42 seventh row loops, tying eight sb and matching them in a small "tube" .. then make the first to the seventeenth row of columns in a circle. To make one nozzle - change the yarn to another, yellow. Then we knit from the eighth to the fourth line in a circle with columns without a crochet and we end up making that point Well, if you make a single wire frame for the body and neck of a Crochet Swan. The body must have an eyelet, otherwise the Swan Patterns will fall to the side. The picture is inserted inside, filling the body slightly and sewing it, folding the remaining loops of the seventh line in half, not forgetting to make a tail. No swan can be without wings, they are an integral part of this bird, so we proceeded to its creation. The first line - two air handles, four columns with a crochet in the second loop of the hook. Making a series of 2-30 - tie the bars without a crochet in a circle. So you have 30 rows of four loops each. Fold the existing part in half and knit the wings separately. You will need details for external loops together.
☑ See this example of Crochet swan on a tablecloth. this model is beautiful some ideas in Swan